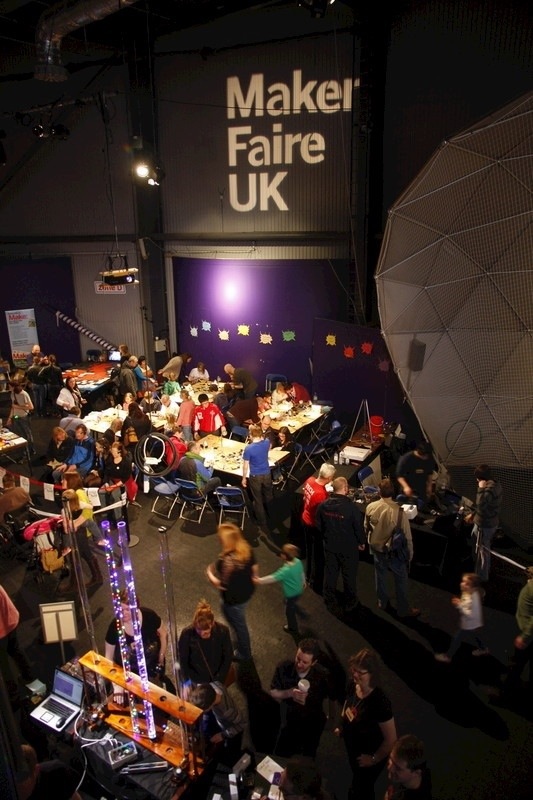 We recently attended Newcastle Maker Faire, here are the highlights for us: 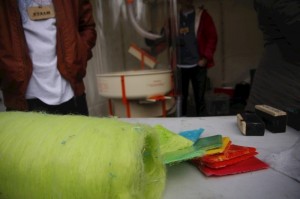 The Polyfoss Factory were demonstrating a very interesting process: they feed recycled and virgin plastic pellets into a candy floss machine to make a new fibrous material. The new material could then be used in low temperature, low pressure tooling (such as in a modified sandwich press) to form new products. 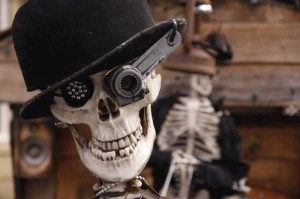 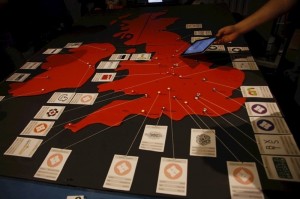 UK hackerspaces were represented by the Hackspace Foundation. They were building up a map of hackerspace like groups, their members and the people who wanted to be part of a group. Embarrassingly Hitchin wasn’t part of their database so wasn’t on the map, but we soon sorted that out. 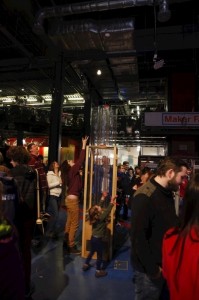 In the centre of the main hall was a ‘make your own jellyfish’ bench. The jellyfish were simply muffin papers? with ribbon attached, but the exciting part for the kids was loading the creation into a ‘windtunnel’ and seeing them float away. We were inspired by the interaction of craft and simple aerodynamics. I can see a craft/wind based project appearing on a Jelly and Marshmallows Maker Faire stand in future…. 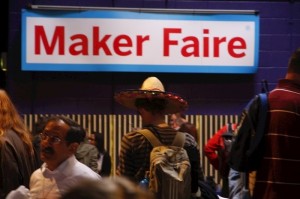 Makerfaires tend to attract some eccentric ‘costumes’. We saw more than our fair share of mad scientists in white coats and steam punk goggles, but one of the highlights for us was this scrolling LEDs sombrero. 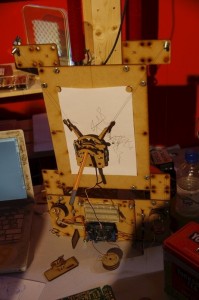 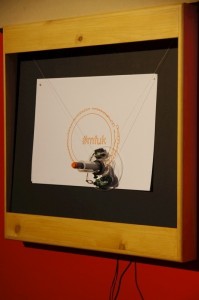 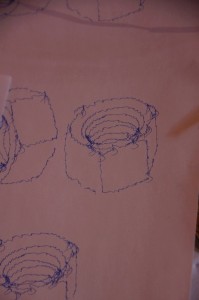 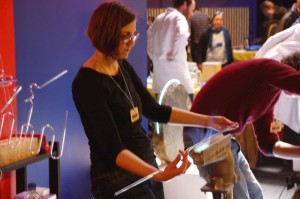 Sarah Blood was demonstrating her amazing glass bending skills, forming neon tubes over a gas flame. The few lucky people who got to have a go confirmed how difficult it is to get a good looking shape. 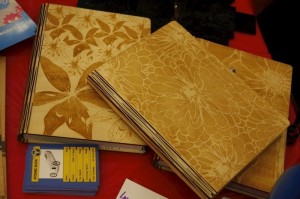 These cool notebooks were laser etched from plywood by Patrick Fenner. We were impressed by his human powered trike at the last Newcastle Maker Faire, and this year he was showing off the nifty laser cut clip together cases he’s designed. We were impressed by the engineering he’s put into those little clips. Many people would have just drawn a clip that ‘looks right’ then made, tested and developed it through trial and error. Patrick’s analysed the forces and stresses associated with clips and through some basic tweaks to the design created not only a simple clip that’s more robust and easier to use but also a set of equations and guidelines for others to follow. His work on plastic clips is documented on his website here. 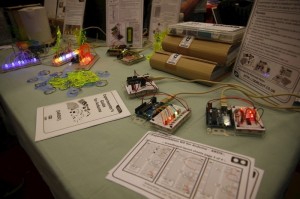 Our friends at Oomlout were there again showing off their kits (plus their excellent documentation). 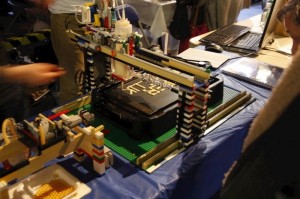 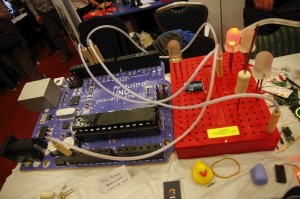 A giant Arduino Uno microcontroller and breadboard. That works. Mad. 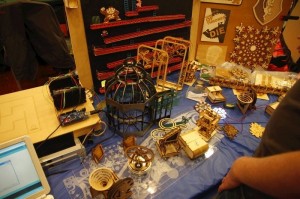 I’ve been following Martins laser cutting blog for a while now, so it was great to meet him in person and play with a few of his neat wooden projects. 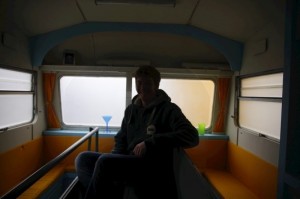 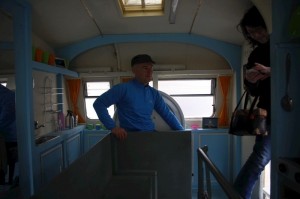 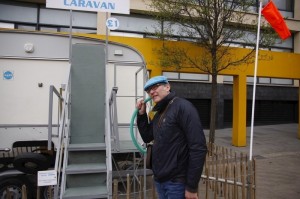 Rex Garrod and Tim Hunkins secret life of machines series (broadcast in the 80s) probably contributed to me becoming an engineer. So it was a real thrill to meet Tim at Derby Mini Maker Faire and find he was a nice guy in real life. He brought a weird caravan/spaceship ride to Newcastle, similar to a ‘Madhouse’ fairground ride. The outer caravan rotated around a central bench seat, creating the weird feeling of being upside down whilst you were perfectly upright. We also liked the simple intercom system of a length of flexible hose 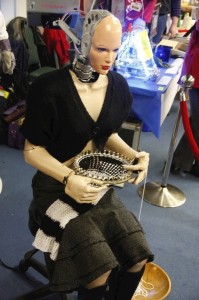 One of the freakier pieces of robotics was this mannequin knitting machine called Agnes. Using human like movements it knitted continuous woolen scarf. 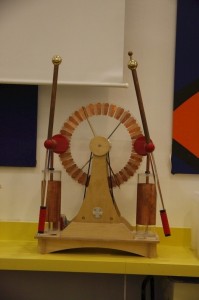 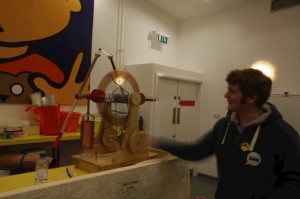 As big fans of anything that creates sparks, we were excited to spot this wimshurst generator hiding away in one of the halls. It was actually a permanent Life Centre demonstration model, rather than a creation for Maker Faire but never the less we were thrilled to be allowed to play with it. Having made a few static generators ourselves, we were impressed by how it ‘just worked’ with no cleaning or fiddling despite having sat ignored on a shelf for quite a while.