It all started with the Venus De MiSnow. It had snowed and I (Simon) was waiting for a delivery from Tesco. The roads were gritted but they took a while to let us know that they wouldn’t come (the UK has a really weird inability to operate in snow even though we plough, grit and salt the roads pretty well!). So I started sculpting, and one of the few sculptures I could bring to mind was the Venus De Milo 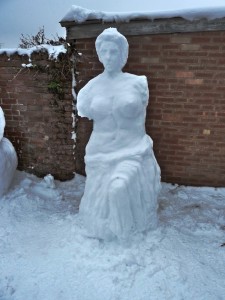 By then I’d set expectations, so next time it snowed at the weekend I made Snowmer Simpson. There had been much less snow, and despite harvesting all available snow he was a fair bit smaller. 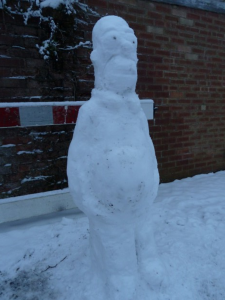 Then we had a few boring winters, but in 2018 I have had two bites of the cherry. First with a snow Wall-E… 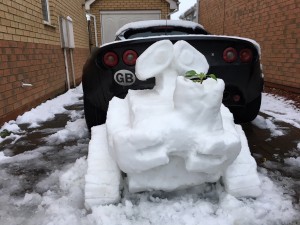 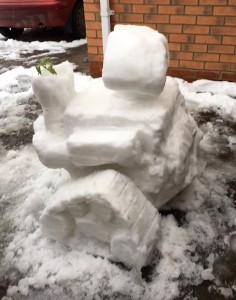 Wall-E from the side showing track details

…And then with a snow Minion! 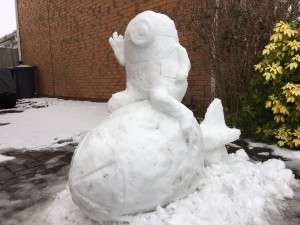 I will try to update this page with future efforts…